Message from the President – Happy Anniversary!

On 12th June 1951, in Venice, Mario Viali and a small group of enlightened and visionary friends, all keen on sport and peace, founded Panathlon, originally called Disnar Sport, a Venetian expression recalling friendliness through sport.

Then our motto “ludis iungit” was adopted , expressing the idea that we are united by and for the benefit of sport. Panathlon developed rapidly, at first in its country of origin, then in neighbouring Switzerland and, later on, in other European countries and, since 1967, in the Americas, thus gaining a true international dimension.

As of today, our footprint spans over 4 continents, with its 263 clubs in 27 countries and its 8,786 panathletes who are perpetuating the ideals cherished by our founding fathers.

These include the promotion of “clean” sporting practice, of sport in line with the ethical principles held dear by Pierre de Coubertin, i.e. access to all, irrespective of age, race, sex or physical and mental ability.

Our efforts to educate young people, by our example and our teaching, to spread the principles of Fair Play and to raise awareness of sport ethics led us to be formally recognized by the IOC that, in 1982, welcomed us into the Olympic Family.

A scenario of heightened competitiveness, harsh economic and financial stakes, physical and moral devastation caused by doping, and criminal misdeeds, including match-fixing, bribery and corruption, makes it essential to have active and militant organisations that stand up to pursue ethical and moral values.

It is Panathlon International’s ambition to fulfil this role, to the best of its ability, in the world of sport.

We have been present on the ground for 70 years with our Charters, our international projects and, of course, with the action of our Clubs.

Everywhere our Clubs, united by same ideal, organise meetings, surveys and workshops, and award prizes and scholarships to individuals who excel in sport and at school in promoting correctness and fair play values.

Panathlon International continues to grow and is becoming ever more impactful all over the world. Its role is increasingly recognised by sporting organisations, as well as by public institutions that are willing to promote health through sport.

Docked in Rapallo, the international seat of our Movement, we are becoming ever more globalised also thanks to our representations and offices in Lausanne, the capital city of sport in Switzerland, and in Brussels, Belgium, at the European institutions.

This 12th June 2021 coincides with the end of a public health crisis that has had devastating effects on health and economy. On-line meetings have made it possible for us to continue to work, although they cannot fully replace in-person meetings. Panathlon also means friendship, mutual understanding out of a smile, a wink or a hug.

Driven by the strongest motivation ever, we are proud to celebrate 70 years of enduring efforts to disseminate the values of sport and their contribution to peace and understanding between peoples. 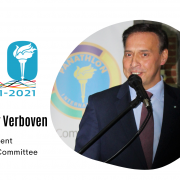 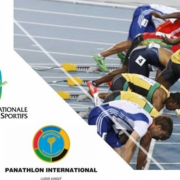 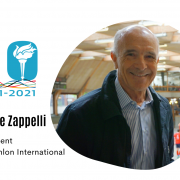 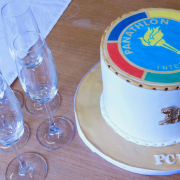 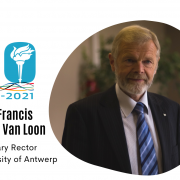 University of Antwerp Honorary Rector’s greetings for the 10th Anniversary 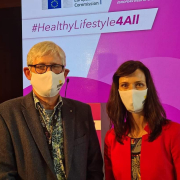 The European Week of Sport is officially launched
GO TO NEWS