The PCU Committee attended the XXIII edition of the Women’s Sport Award, a traditional annual event, organized by Panathlon Club Roma at the Royal Rowing Club Tiber Remo on September 28. The prestigious award aims to boost the participation and involvement of women in the world of sport and to highlight the results achieved by them in every role and at all levels. The award ceremony of many talented women, who have distinguished themselves in the categories of Athletes, Coaches, Managers, Referees and Culture, has been enhanced by the involvement of the university platform of Panathlon International and a delegation of Panathlon Club Junior Rome. Among the guests of the ceremony, in fact, there was also the PCU Committee’s General Communication Manager, Alina Baranova, who was welcomed in Italy by the President of Panathlon Club Roma and Defence General Staff’s Sports Manager, Walter Borghino, and the President of Panathlon Club Junior Roma and Press Officer of Panathlon International – District Italy, Lorenzo D’Ilario. Below is the list of women awarded: 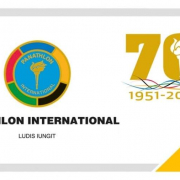 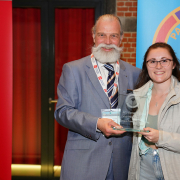 1 month to register for the PIUTT Tennis