The 2021 PCU Games took place from 28-30 April 2021, hosted by the University of Antwerp. For the second time the event took place online as PCUGAMES@HOME, due to the Covid-19 pandemic. Instead of the usual tournament with Futsal, Volleyball and Basketball competitions, four different activities were offered to students and sports offices worldwide.

The day before the start of the PCUGAMES@HOME – on 27 April – the yearly Yerun Sport Days Workshop was held, albeit digitally again. Sport professionals from 8 Yerun members debated on the continued impact of Covid-19 on university sport. Participants detailed their current local situation and specified how they are preparing for the 2021-22 academic year. Main conclusions from this workshop were:

The next day (29 April) the PCU E-Sports Games was scheduled, an online FIFA21 tournament on PlayStation. With 56 participants from 28 universities in 16 countries, more than 200 games were needed do decide the 2nd PCU E-Sports Champion. Due to the difference in time zones, participants in the Americas played during daytime, while Asian students were finished only late at night. Defending champion Jonas_DC2 (HoGent University of Applied Sciences, Belgium) again made his way through the group phase and final round matches to reach the final, in which he beat SebyIvan99 (Ovidius University of Constanta, Romania) 2-0. Third place was shared between semi-finalists VoineaIulian (Ovidius University of Constanta, Romania) and Banthy15 (FASTA University, Argentina). Full results can be found on the PCUGAMES@HOME webpage. The PCU E-Sports Games will be incorporated in the program of the PCU Games 2022, which is planned on venue in Antwerp, Belgium from 27-29 April 2022.

During the PCU E-Sports Games, the official deadline passed for participation in the PCU Virtual Challenges. In the previous days and weeks more than 200 videos were uploaded by students worldwide to social media in order to participate in one of the three challenges (Futsal, Basketball and Volleyball). After a long day of counting all videos, on Friday 29 April, the PCU Staff was able to announce the final results, crowning the following champions:

A special mention goes out to the University of Macau (Macau) for participating with the largest number of students.

On this same day, the PCU Committee Games Council decided after considering all candidatures to award the 2021 Enrico Prandi Trophy to Campus Bio-Medico University of Rome (Italy) for the project “Vir(tu)al Olympic Games”, one of many initiatives taken by the Campus Bio-Medico University of Rome in order to keep the students together as much as possible and encourage a spirit of fair play, friendship and a sense of community. For a full text, please see the official announcement.

Finally, a tremendous amount of 151 Universities from 58 countries worldwide participated in the 2nd PCU Fair Play Initiative, the analysis of which will be published later this month through the PCU Committee website, and by email to all participants.

The PCU Committee would like to thank all students and University staff members involved in this year’s edition of the PCU Games for their participation and helping to spread the values of Fair Play and International Friendship through University Sport.

These were the PCUGAMES@HOME 2021 with an increase in the number of participating universities : from 99 in 2020 to 169 universities from 62 countries in 2021.
This includes:
– 151 completed surveys for the PCU Fair Play Initiative;
– 13 Sport Professionals from 8 Young European Research Universities in the Yerun Sport Days Webinar;
– 56 FIFA21 players in the PCU E-Sports Tournament;
– 203 videos of the PCU Virtual Challenges in futsal, basketball and volleyball;
– An outstanding project of Campus Bio-Medico University of Rome awarded with the Enrico Prandi Fair Play Trophy

After a long day of counting more than 200 video’s, the PCU Committee can announce the PCUGAMES@HOME Virtual Challenges Results & Champions:

An honorable mention goes to the students of the University of Macau (Macau), who participated with the most video’s sent!

Congratulations and thanks to all students who participated!

The PCU Committee Games Council decided on Friday 30 April after considering all candidatures to award the 2021 Enrico Prandi Trophy to Campus Bio-Medico University of Rome (Italy) for the project “Vir(tu)al Olympic Games”.
At the height of the first wave of the Covid-19 pandemic in Italy (including very strict lockdowns), a number of initiatives have been taken by the @campuslife_ucbm Sports Office in order to keep the students together as much as possible and encourage a spirit of fairplay, friendship and a sense of community: the online quiz with multiple choice questions about the Olympic (Paralympic) Games and Olympic values, a path of sports culture with the presence of Olympic and Paralympic athletes, a YouTube-series with in-depth episodes on various sports (with the presence of Olympic and Paralympic athletes as well as students), virtual tournaments (fifa20, f1 and chess) and challenges (football, basketball and tennis). Thanks to sponsoring the winner gets a free trip to the Olympic Museum in Lausanne, Switzerland.
Due to its success, the idea was built upon and expanded to yearly basis. From 10-14 May 2021 a complete Sports and Culture week is organized blending sport, culture and community sense including the “Vir(tu)al Campus Olympic Games”. Future ideas include scaling up the event to a regional/national or even international level.

For a full text, please see the official announcement.

After a long and exciting PCUGAMES@HOME FIFA21-tournament with more than 200 games and over 2.500 minutes of FIFA21 played in total, Jonas_DC2 from HOGENT University of Applied Sciences (Belgium), successfully defended his title as the Champion of the PCU E-Sports Games 2021 (FIFA21), by winning the final 2-0 against SebyIvanIL113 from Ovidius University of Constanta (Romania). Full results can be found here (Pdf). Congratulations to all participants!

For participants: Please make sure to register on the online platform (link in bio) before the start of the tournament. Don’t forget to check-in on Thursday 29 April between 18:00 CEST and 18:59 CEST! This way we know you are ready to play. Players who are not checked-in, will not be able to participate in the tournament. We wish you the best of luck in deciding who will become the second PCU Games Champion E-Sports 2021! Outgoing Champion of 2020: JonasDC2 from HOGent University of Applied Sciences will be present to defend his title. 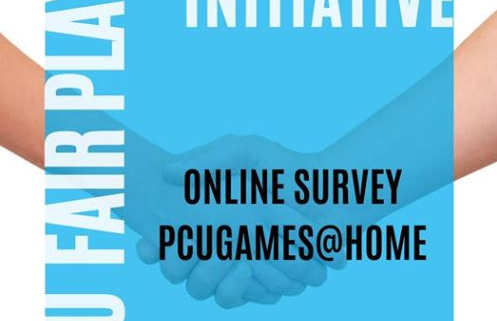 How will university sports look like in post-Covid-19 times? Will be Fair Play Initiatives taken? More than 100 universities worldwide have already answered the questions of the PCU Fair Play survey. If you also want to be part of this initiative, please contact us. After filling in a small survey, each participant will receive a report analyzing the responses of all universities. The deadline of participation is Thursday 29 April 2021. 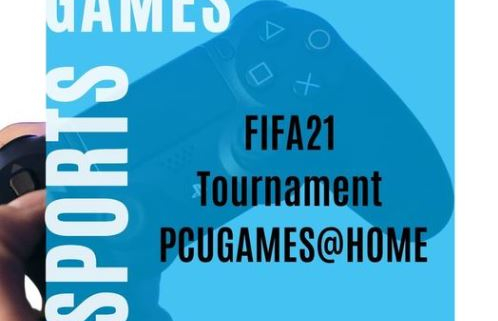 Last chance to register for the PCU E-Sports Games 2021

Already more than 170 entries from 26 countries!

Will you become the 2021 PCU E-Sports Champion? #FIFA21 will be on #PS4. Tag your FIFA-friends and register through our website!

The Games are on! The 2021 PCU Games will once again take place in an online format PCUGAMES@HOME, from 28 to 30 April 2021. Participate in one of the Virtual Challenges in Volleyball, Basketball or Futsal, or take part in the FIFA21 PCU E-Sports Games and take a chance to become one of the PCU Games Champions 2021! Sport offices can take part in the PCU Fair Play Initiative or register a project for the Enrico Prandi Trophy for Fair Play. Participation in each of these events is open to all universities and students worldwide and is simple as explained on the PCUGAMES@HOME page.