The General Assembly was followed by the PCU Games Closing Ceremony where the Enrico Prandi Fair Play Trophy was awarded to the University of Essex by Mr. Enrico Prandi, Past President of Panathlon International and founder of the PCU Committee. Next PCU Committee President Peter Verboven honored and thanked all parties involved in the organization of the PCU Games. Finally PCU Games Council Chairman Bahram Ghadimi presented to each delegation the certificates of participation and closed the 18th PCU Games.

The International Day of Sport for Development and Peace (#IDSDP) is an annual celebration of the power of sport to drive social change, community development and to foster peace and understanding.

The IDSDP, celebrated each year on 6 April, is an opportunity to highlight how sport can not only promote social development, but can also help unite people and encourage a culture of peace, build trust and self-belief, and establish bridges between groups in conflict. Contributing to building a peaceful and better world through sport is a fundamental principle of the Olympic Charter, and the Olympic Movement implements countless sports activities and initiatives aimed at driving social change every day in every corner of the world.

On Wednesday 30 November a PCU Committee delegation met with PI President P. Zappelli in Lausanne, Switzerland. PCU Committee President Peter Verboven and PCU Committee General Manager Alina Baranova examined with the PI President the venues for the Drawing Contest Expositions. In addition the Benin Student Sport Development Program was discussed, together with the introduction of the YERUN Sport Days. After the meeting a visit to the Olympic Museum was programmed.

Hope you have a nice vacation! Full of fun, joy and sport!

It was a great academic year with the PCU Committee projects. Thank you for participation!

Now we slowed down our social media activity during relaxing summer time. But we continue to work for you. We will keep you updated about any further news. Follow our Facebook events and visit www.pcucommittee.com

The annual General Assembly of the PCU Committee was convened on Friday, 29 April 2016, in the University of Antwerp, Grauwzusters Cloister City Campus – Building S, Lange Sint-Annastraat 7, Antwerp, Belgium. The General Assembly was attended by the Panathlon International Past President Mr. Enrico Prandi.

PCU Committee President Peter Verboven specified the expansion of the PCU Committee, incorporating a new full time employee added to the PCU Committee office and 3 new organizations: the PCU International University Tennis Tournament (PIUTT, Russia), a fundraising platform for a children’s sports event in Benin (Africa) and the University of Antwerp & Panathlon Drawing Contest. The President also explained that the future of the PCU Games was ensured as well from a financial as from a participation point of view. The new PCU Committee staff member, Alina Baranova, will ensure the general communication of the the PCU Committee in cooperation with the secretariat of Panathlon International and the organization of the drawing contest and the tennis tournament.

Dr. Bahram Ghadimi, Chairman of the PCU Games Council, noted the perfect organisation of the 2016 PCU Games and thanked everyone for their participation.

Dr. Gabriel Kotchofa, the PCU Committee Secretary General, also expressed his gratitude to the Organising Committee of the 2016 PCU Games, to all participating university teams, to the University of Antwerp and the City of Antwerp.

In addition the 2015 finances and the 2016 budgets were approved by the General Assembly.

Enrico Prandi greeted the General Assembly on behalf of the International President Giacomo Santini and the International Board of Panathlon International. He expressed his joy and satisfaction that after 17 years the PCU Games are more alive than ever, and that his ideas to develop a university platform within Panathlon International will not only remain, but are ensured of an ongoing development and a further statement. Enrico Prandi reminded the General Assembly that without Fair Play, loyalty and respect for all cultures, races, religions and genders, there is no Sport. The winner of the Fair Play ranking, Goce Delcev University – Stip (Macedonia), received the prestigious Enrico Prandi Fair Play Trophy.

Finally each delegation received a 2016 PCU Games Participation Certificate and the Games were closed by Dr. Bahram Ghadimi.

On Tuesday 1st March 2016 at 2:00 p.m. the meeting of the PCU Board will take place at the “Sheraton Milan Malpensa Airport Hotel & Conference Centre”, Milan, Italy.

The meeting will be devoted to planning and development the situation of the PCU Committee and the upcoming PCU Games that will take place in Antwerp for the next 10 years. 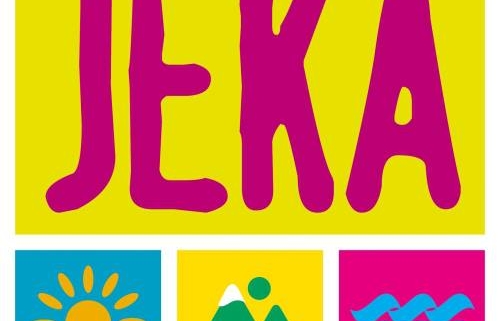 The PCU Committee welcomes Jeka as our new Premium Partner. JEKA was established in Belgium in 1960 with the unique objective to offer students and young people the possibility to travel the world. Today JEKA has evolved to a European organisation with 6 foreign offices and more than 100 accommodation resorts in 10 different countries. The primary goal of JEKA remains to offer students and young people holidays at the friendliest prices possible with a possibility of intercultural and intersportive exchange. More information on www.jeka.eu.

The Antwerp University & Panathlon Drawing Contest is a yearly international contest where students from minimum 300 art universities and colleges worldwide are invited to create a drawing related to fair play in university sport. The PCU Committee selects the best 15 drawings which will be exposed in a number of venues. The Drawing Contest Selection Commission appoints within these 15 drawings the best, second best and third best drawing. The artists of the 3 best drawings are awarded financially.