ON THE OCCASION OF THE INTERNATIONAL DAY OF SPORT FOR DEVELOPMENT AND PEACE (IDSDP), CELEBRATED ON APRIL 6, THE INTERNATIONAL OLYMPIC COMMITTEE (IOC) LOOKS AT HOW SPORT AND THE OLYMPIC GAMES HAVE BROUGHT PEOPLE TOGETHER THROUGHOUT THE YEARS, BUILDING BRIDGES AND FOSTERING UNDERSTANDING.


A yearly celebration since 2014

Creating a historical link to the opening of the first modern Olympic Games in 1896, 6 April was declared the IDSDP by the United Nations (UN) General Assembly in 2013, and this has been celebrated each year since 2014.

The IOC, in its capacity as Permanent Observer to the UN, proposed and supported this initiative and its potential to recognise sports organisations’ role in contributing to social change and human development. More specifically, the day is an opportunity for the IOC to highlight how athletes and the Olympic Movement use sport to foster peace, reconciliation and development, and underline the power of the Olympic Games to promote tolerance and solidarity among the participants, fans and people all over the world.

Calling for solidarity and peace at the Beijing 2022 Opening Ceremony

At the Opening Ceremony of the Olympic Winter Games Beijing 2022, on 4 February, IOC President Thomas Bach called for peace in front of a global TV audience of hundreds of millions of people.

“In our fragile world, where division, conflict and mistrust are on the rise, we show the world: yes, it is possible to be fierce rivals, while at the same time living peacefully and respectfully together. This is the mission of the Olympic Games: bringing us together in peaceful competition. Always building bridges, never erecting walls. Uniting humankind in all our diversity,” said President Bach, and concluded: “Give peace a chance.” 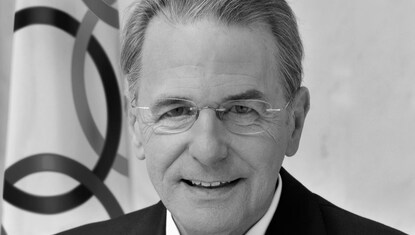 Olympic Games Tokyo 2020 go under a new motto.
The IOC Session approved a change in the Olympic motto that recognises the unifying power of sport and the importance of solidarity. The historic change (that has never before been updated) adds the word “together” after an en dash to “Faster, Higher, Stronger”. The new Olympic motto now reads: “Faster, Higher, Stronger – Together”.

“Our Olympic community learned that we can address the many big challenges of our times only if we stand together.

Solidarity means much more than just respect or non-discrimination.

The 2020 Summer Olympic Games take place between 23 July and 8 August.

The Paralympic Games are due to run between 24 August and 5 September.

See where you can watch the Olympic Games Tokyo 2020 Live, wherever you are.

Follow the link to stay up to date on all you need to know about watching Olympic Games:
https://olympics.com/tokyo-2020/en/where-to-watch-olympic-games-live 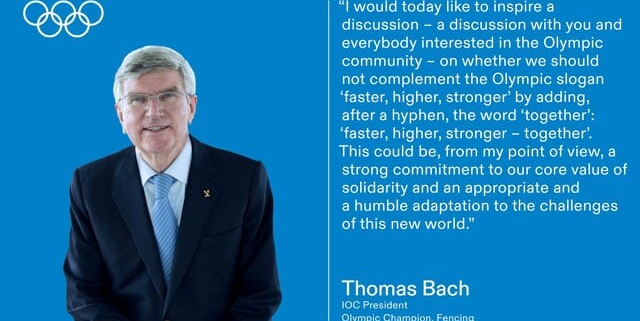 Thomas Bach was re-elected as IOC President for a second term. Congratulations from the PCU Committee family! Find out more at Olympic.org.

Don’t miss Olympic Day 💪
#OlympicDay is a unique opportunity to train with top athletes live on Instagram on Tuesday, 23 June. You can already get a taste with one of the recorded workout sessions on Olympic Channel @olympicchannel
Are you in?

The PCU Committee recommends to visit the exhibition “WE ARE OLYMPIANS, AND YOU?”.
The exhibition takes place till 15 March 2020 at the Olympic museum in Lausanne as a part of #Lausanne2020 program.  Athletes are at the heart of the exhibition and its accompanying activities. Ambassadors for the Olympic values, they share their experiences with the visitors, who are invited to become everyday Olympians.
Around 50 athletes talk about the Olympic spirit!
A source of inspiration for everyone in their daily lives and sports practice at whatever level. Big part is devoted to Fair Play.
Have fun learning about the Olympic spirit!
There are also schools programme and Online Education kit: “Fair play and the Olympic values”.

Join the Contest to promote Olympic principals. Friendship, Respect and Excellence are the Olympic values. Celebrate what it means to be Olympic this #OlympicDay

This artwork “Union” is the winner of the 3rd Drawing Contest devoted to Fair Play in University sport made by Francisca Ojeda from the Liceo experimental artístico, Chile. The registration for the next Contest is free and open for all students worldwide. 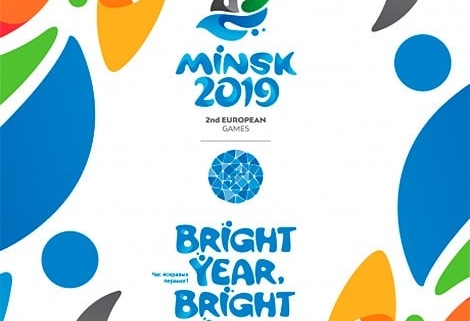 About the 2nd European Games in Minsk: minsk2019.by