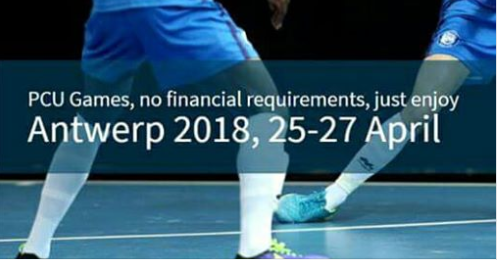 After a very successful invitation campaign this year, there was a high interest in a possible Futsal Female competition.

Therefore, in additional to the traditional PCU Games competitions (Futsal Male, Basketbal Male/Female, Volleyball Male/Female), the PCU Committee decided to include a Futsal Female competition in the 2018 PCU Games.

Are you interested in joining the new Futsal Female Competition or one of the other competitions? There are still a few places open! 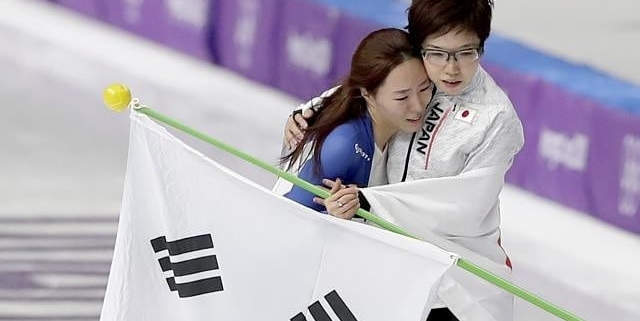 With an emotional and festive Closing Ceremony, the XXIII Olympic Winter Games came to an end.

President of the International Olympic Committee (IOC), Thomas Bach, thanked the athletes for their “competitive spirit and fair play”.

“Throughout the Games, they have astounded us with their achievements, and inspired us by competing in the Olympic spirit of excellence, respect and fair play,” he said.

“Over the last 17 days, the PyeongChang Games have brought people together, showing the world the unifying power of sport. PyueongChang 2018 will remain as a moment for everyone to shine.”

Today, the Contest Selection Commission has announced the winners of the 2017 Antwerp University & Panathlon Drawing Contest. The 15 best drawings selected from 112 entries were presented to the Commission for the appointment of the three winners.

The Chairman of the Selection Commission, Prof. Dr. Alain Verschoren, Prorector of the University of Antwerp, expressed his admiration for the increased artistic level and the variety of drawing methods and techniques presented.

Therefore the Commission found it difficult to select a final winner of the first prize, and consequently, it was decided that two first prizes would be awarded, and also a third prize.

The first prize is shared between Ernest Seah from Singapore with «Fair Play» and Artem Tereschenko from Belarus with «Ludis Iungit». The third prize was awarded to Marcos Santos Magnani da Silva from Brazil with «Fair Play Volley». The Commission also decided to extend an honorable commendation to Aigul Kuldibaeva from Kazakhstan with «Creation of a Panathlete».

On behalf of the PCU Committee and the University of Antwerp, our thanks to everyone who entered the 2017 Drawing Contest.

Soon the invitation campaign for the 2018 Drawing Contest will begin. Take a chance to win next year!

The yearly Sports Personalities evening was traditionally held at the University of Antwerp on February 15, 2018.

The ceremony started with Welcome words by Luc Verguts, Panathlon Antwerp President, who stressed the importance of Ethics and Fair Play in sports. Then guest speaker, Willy Van Hove – famous Belgian announcer at a lot of Belgian running and athletics events – spoke about the magic of the marathon.

Five students of the University of Antwerp who successfully combine their studies with their sports career were nominated for the Honorary Rector Francis Van Loon Award 2017. University of Antwerp students jad voted in the previous weeks and out of five nominees Basten Caerts, Belgian swim champion and Social-Economic Sciences student who broke no less than 7 Belgian records in 2017, was awarded the trophy.

The Panathlon Antwerp Sport Personality Award 2017 has been presented to
Hanna Mariën, former sprinter and bobsledder (gold 4x100m at the 2008 Beijing Olympics, 6th place two-man bobsleigh at the 2014 Sochi Olympics) for the valuable contribution she has made to Ethics in Sports during her active career and afterwards.

A special addition to the Sport Personality awards ceremony was the first exposition of the 15 selected art works of the PCU Drawing Contest 2017, which the guests were able to see before the selection of the three winners.

On Thursday 15 February, the Panathlon Antwerp and PCU Antwerp Sports Personalities 2017 will be presented to Antwerp sports men or women who made a valuable contribution to Ethics in sport in his / her active career and afterwards;

and to one of the nominated UAntwerp students for his / her sport achievements in combination with his / her study. 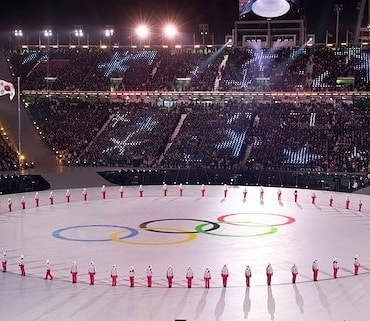 The XXIII Olympic Winter Games were officially opened on 9 February with a dazzling Opening Ceremony that celebrated culture, history, unity, youth and peace.

We wish all athletes a new records, great emotions, Fair Play and Sportsmanship!